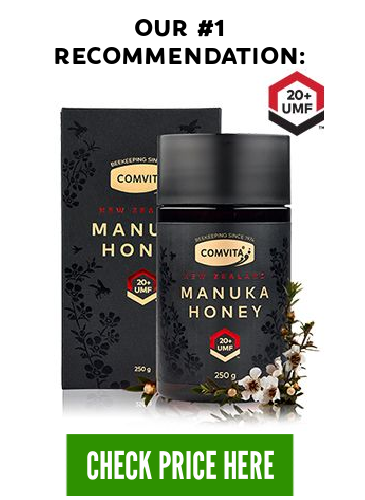 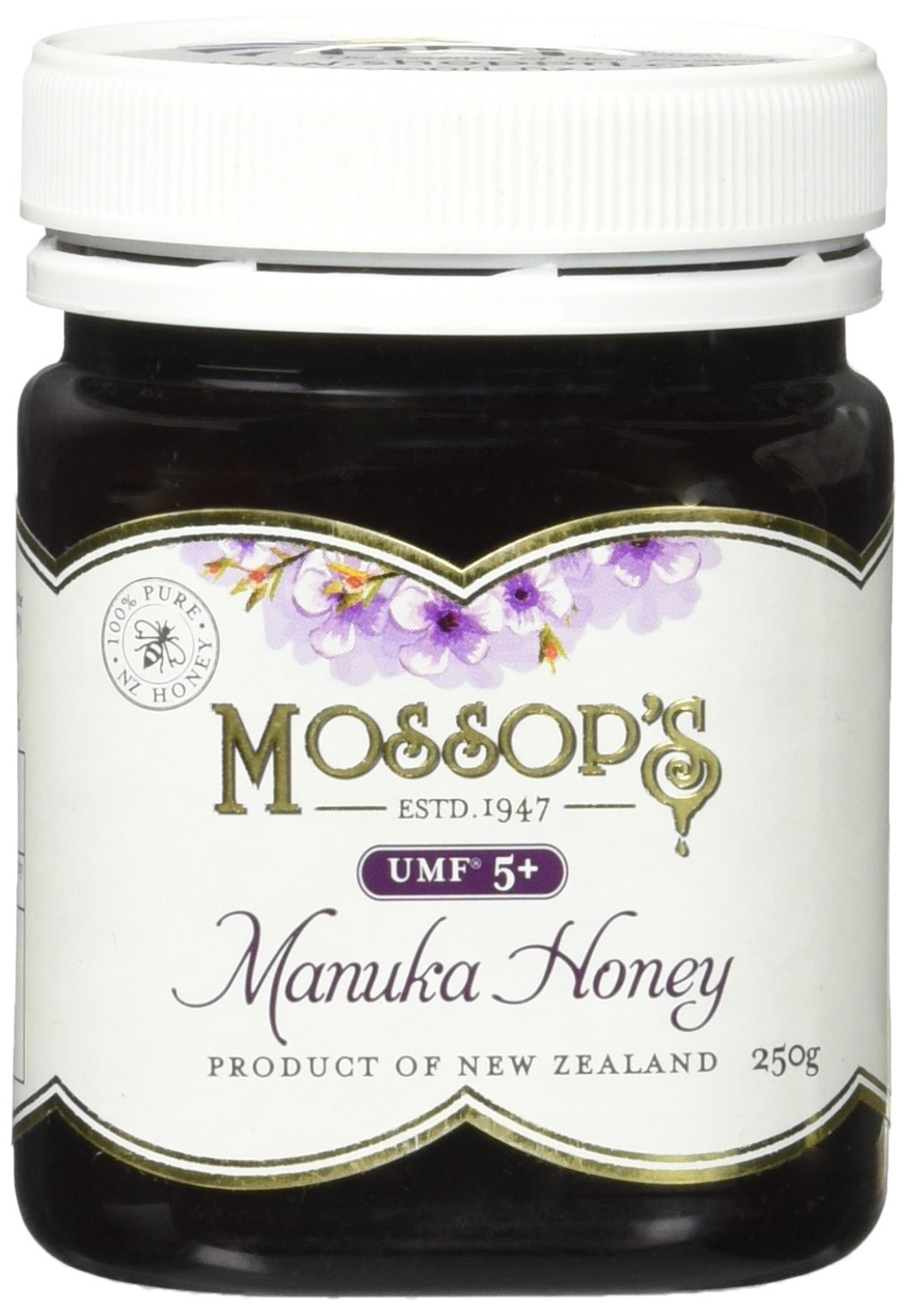 Mossops Honey is the oldest producer of honey in New Zealand, being in operation since 1947. They are based in Tauriko, in the midst of the beautiful Bay of Plenty region of New Zealand’s North Island. Mossops produce manuka and other honeys using a minimalist approach which avoids creaming. They have been exporting honeys around the world since 1980 and have built an international reputation for the purity of their products.

Mossop’s is a family owned New Zealand producer and seller of manuka and other honeys. They have been in business for over 70 years, tracing their beginnings to two hives kept by Ron Mossop in 1947. The local response was so overwhelming to the honey that Ron produced that he quickly expanded to more than 600 hives.

In the early 1960s, Ron made the move from Waharoa to Taurkio, just outside of Tauranga on the central east coast of New Zealand’s North island. In 1980, Mossops began to export their honey overseas. Today, Mossops operates more than 5000 beehives around the central and upper part of the North Island of New Zealand. They employ 26 full-time staff and up to 20 seasonal staff. They are still based in the Tauriko region of Tauranga’s Bay of Plenty.

From the very start, Mossops have dedicated themselves to producing the purest, rarest honey possible. As a result their processes involve the absolute minimum amount of filtering, processing and heating. Every jar of honey that carries the Mossops label is classified as raw honey.

Something that sets Mossops apart from most other honey producers, both in New Zealand and abroad, is that they do not cream their honey in the traditional way. Normally a producer would cream the honey for up to 72 hours, a process which adds air and changes the make-up of the honey crystals. Instead, Mossops only stir enough to thoroughly combine the honey, allowing it to granulate naturally. As a result the structure of the honey remains intact and you end up with a purer, more raw product. You will notice that Mossops honey has a slightly different texture to the creamed honey that you can buy from other producers.

Mossops situate their beehives around the North island’s Bay of Plenty as well as the central, east and lower coasts of the North Island. Mossops was one of the first companies in New Zealand to embrace the UMF Grading system.

Mossops was among the first honey manufacturers to come on board with the UMF grading system. UMF stands for Unique Manuka Factor and is a measure of the three key ingredients that produce the amazing medicinal and health benefits of manuka honey:

With its 15+ UMF rating, this Mossops manuka honey sits at the top of the premium grade and the bottom of the ultra premium grade for UMF rated manuka honeys. That makes it ideal for most medicinal purposes. If you wish to use it for wound healing, however, you need to buy a more expensive UMF 20+ manuka honey or higher.

Mossops UMF 15+ Manuka Honey produces a rich manuka taste with traces of malt as an aftertaste. Many of the reviewers online describe the taste as ‘delicious’ with no one saying that they objected to the taste. This honey is not as creamy as those you may buy from other manufacturers due to Mossops minimalistic processing practices. Therefore, you may find it thickers and more difficult to spread.

Mossops UMF 15+ Manuka Honey is among the best priced that we have yet come across. It is considerably cheaper than such direct competitors as Happy Valley, Wild Cape and Mother Earth. Mossops do not, however, offer a returns policy, except for on defective or faulty orders.

With a UMF rating of 15+, Mossops top rated medicinal manuka honey can be used for a wide range of medical applications. It can, of course, be enjoyed as a general eating food but many people find that it is more economical to buy a lower UMF grade for eating and use UMF 15+ exclusively for its health benefits.

UMF 15+ Manuka honey has been shown to help defeat insomnia and improve sleep. When you take a spoonful of it before bedtime you enhance the natural release of the sleep hormone melatonin in the body.

This honey is also effective at fighting the symptoms of irritable bowel syndrome (IBS). Studies have shown that it reduces the colonic inflammation that causes digestive upset. The high antioxidant qualities of manuka honey also make it an effective fighter against such conditions as acid reflux, low stomach acid and small intestinal bacterial overgrowth.

UMF 15+ Manuka honey is also an effective fighter against winter colds and flu. Take a spoonful daily to relieve sore throats and ward off nasal congestion.

Yes, Mossops manuka honey is of high quality. Mossops go out of their way to produce the purest, most natural and raw manuka honey possible. They have reduced the human involvement in the production process to ensure that the honey you receive is as pure as it can be. As a result, they do not cream their manuka honey, which breaks up the honey crystals.

Mossops were also one of the first honey companies to embrace the UMF rating system. This gives you absolute peace of mind that you are getting premium grade genuine New Zealand manuka honey.

Yes, Mossops manuka honey lemons drops are very good. They are a combination of genuine New Zealand UMF certified manuka honey and propolis, a bee product which is used to protect the hive from bacteria. These manuka honey lozenges are extremely effective at soothing sore throats.

Is Mossops Rewarewa honey the same as manuka honey?

No, Mossops RewaRewa honey is not the same as Manuka Honey. The nectar that is used for Rewarewa honey comes from bees that pollinate the Rewarewa tree, while Manuka honey is derived from bees that visit the Manuka bush. The Rewarewa bush is an indigenous New Zealand honeysuckle which grows up to 30 meters in height. It is well known for its antibacterial properties.

Mossops offer a full range of honeys, including UMF Manuka, Rewarewa, field honey and comb honey. The Rewarewa honey is sourced from bees that have fed exclusively on the Rewarewa (New Zealand Honeysuckle) tree, which is known for its antibacterial qualities. It is available in 250g, 500g, 1kg, 2.5kg and 6kg quantities.

Mossop’s Field Honeys are a blend of such pasture flowers as clover which has been collected from the streams and fields around the magnificent Bay of Plenty. It is also available in  250g, 500g, 1kg, 2.5kg and 6kg quantities.

Mossops Comb Honey is the rawest, most natural honey that they sell. It is taken from the hive and packaged for sale with no processing whatsoever. This gourmet honey is available in either a Rewarewa or pasture base in quantities of 275 and 340 grams.

In addition to their extensive honey range, Mossops sell a popular range of Beauty Products under the Natruél Skin Care brand. These include an age replenishing day lotion, moisturizing lip balm, repair cleanser and nourishing hand and body lotion.

Finally, Mossops produce and sell a range of 100% natural balms. Each balm is set in a natural beeswax base that has been enriched with oils. The range includes nectar balm bee venom cream, funk feet balm and vein support balm.

If you're in New Zealand, you can also buy it from their web store.

You can see our top ranked Manuka Honeys for the year by clicking here.