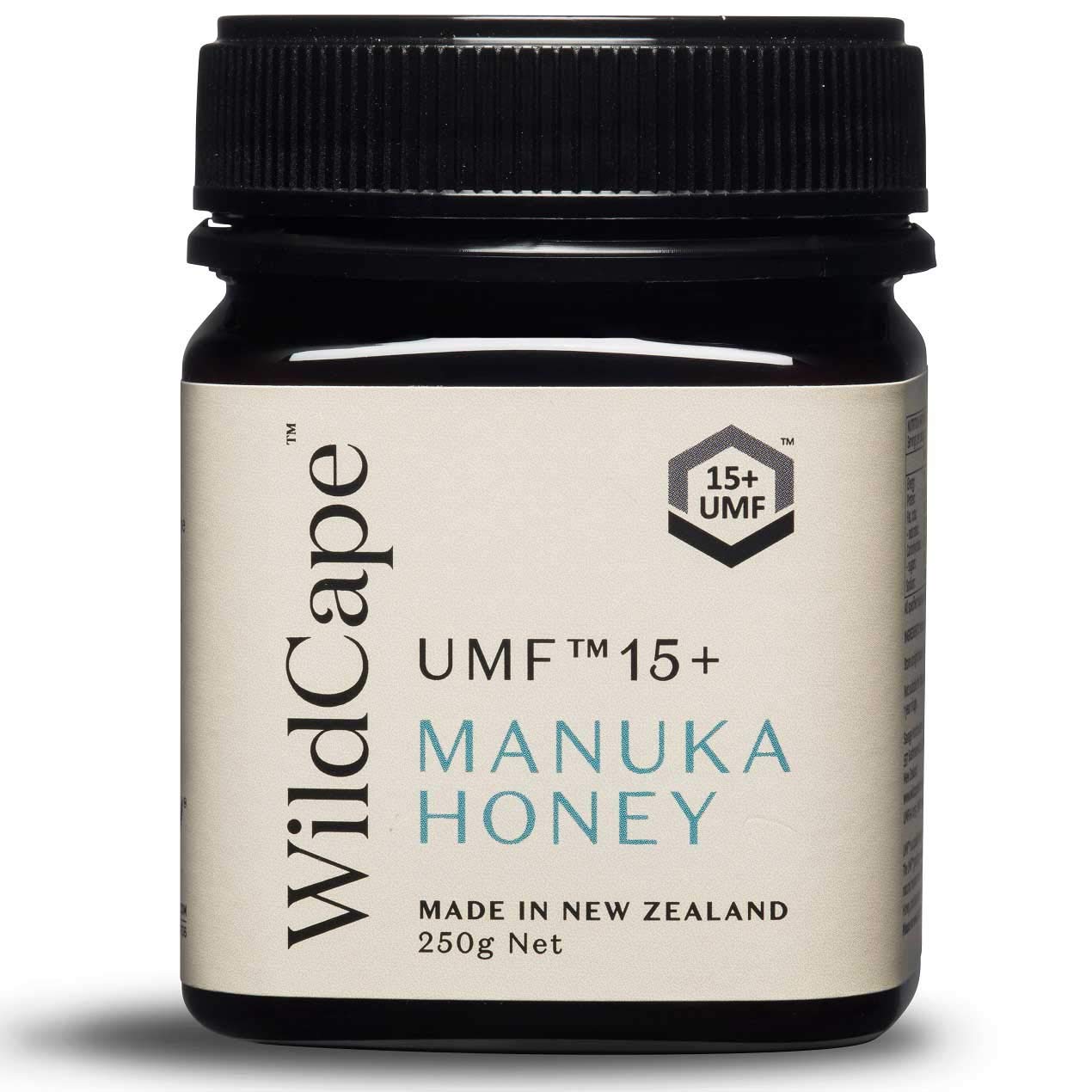 Wild Cape exports their manuka worldwide and are a major player on the global manuka honey market. They make several grades of manuka honey, but in this Wild Cape Manuka Honey review, we will specifically providing a review of their UMF 15+ Manuka Honey.

Who is wild cape?

Wild Cape is a manuka honey producer based in New Zealand. They are the only manuka honey manufacturer in that country who exclusively harvest their honey from the East Cape region, which is recognized as the premium manuka producing area on the planet. The company is owned by Bill Savage. They operate more than 5000 hives across 1100 locations dotted around the East Cape.

Wild Cape employs only local East Cape beekeepers under a profit-share arrangement that sees a portion of the profits from every jar of honey going back to the local East Cape community. A key reason that Wild Cape are based in and exclusively harvest East Cape manuka honey is that the nectar produced in this region is extremely high in Dihydroxyacetone (DHA), which is the precursor to Methylglyoxal (MGO), the key compound responsible for the amazing medicinal benefits of manuka honey. As a result, East Cape honey has the highest UMF levels available.

The Wild Cape team are committed to every step of the production process in order to bring you the purest, more potent and tasty manuka honey on the market. Their specialist extraction and processing team prepare every jar by hand.

Manuka bushes have a very limited blossoming period of between two and six weeks. In preparation for that period, Wild Cape relocate their hives from their winter locations deep into the Manuka forest rich areas of the East Cape between Te Arora and Mahia. They are then transported to the Wild Cape factory in Gisborne in the lower north island for extraction. Samples are then sent to Analytica Laboratories to confirm the UMF rating before final packing and labeling takes place.

Wild Cape UMF 15+ Manuka Honey is marketed on the official Wild Cape website as the only single source manuka honey that is exclusively harvested on New Zealand's East Cape. While Comvita and Manukora also harvest from the manuka rich East Cape, they also source from other areas. A single source manuka honey is one that is sourced from bees that only pollinate mauka bushes. This manuka honey product is UMF rated at 15+, which guarantees that it contains at least 514 mg/kg of methylglyoxal.

Wild Cape UMF 15+ is a raw, unpasteurized honey. This monofloral manuka comes in a PET BPA free jar that is tinted to prevent sunlight degradation. All of the packaging adheres to the strict guidelines of the New Zealand Standards Association. This is also an organic product, conforming to the strict beehive placement regulations that all honeys must abide by in order to be classified as organic.

Wild Cape UMF 15+ features a milder taste than manuka honey that is sourced from other parts of New Zealand. The honey is trained during processing to 400 microns. This does not remove any of the pollen from the product.

Each jar of Wild Cape UMF 15+ manuka honey provides you with a unique batch number. You are able to use this reference on the official Wild Cape website to verify the purity and authenticity of the product.

This product is available in both a 250g and a 500g container.

Wild Cape also made the list of our top recommended brands of Manuka Honey this year. You can view the full list here.

Wild Cape UMF 15+ Manuka Honey is UMF certified. This certification comes from the Honey Association of New Zealand and assesses the purity and quality of the honey. It does so by measuring the 3 key compounds of Leptosperin, Dihydroxyacetone (DHA) and Methylglyoxal (MGO).

Wild Cape UMF 15+ has a UMF rating of 15+. This puts it at the upper limit of premium grade and the lower limit of ultra premium grade. The UMF labeling on all Wild Cape products guarantees that the jar of honey was produced, packed and labeled in New Zealand and that it has been tested and audited.

You can view all of Wild Cape's certifications here.

Wild Cape  UMF 15+ Manuka honey delivers a milder taste than many competing manuka honeys. It is not as acrid and bitter as those other versions. This provides a very pleasant taste. The texture of this manuka honey has a silky, creamy consistency. The amber color of the manuka honey may vary from batch to batch. Manuka honeys sourced from the east Cape generally have a lighter color than those found in other parts of New Zealand and in Australia.

Wild Cape manuka honey is priced competitively in the marketplace. When you consider that it is exclusively sourced from the deepest manuka rich reaches of New Zealand’s East Cape, we would have to say that the prices are extremely reasonable. They sit at about the midway point price wise of the New Zealand manuka honey landscape.

With its UMF rating of 15+, Wild Cape UMF 15+ will provide a range of medicinal benefits in addition to its nutritional qualities. While not as powerful as honeys with an 18+ rating or higher, this product will still prove itself beneficial in terms of wound healing, the treatment of acne and other skin issues and throat infections It also has strong antibacterial properties and has shown to be beneficial in treating stomach ulcers, gastric problems and Irritable Bowel syndrome (IBS). Manuka honey even helps to improve oral health. In one study, tooth plaque levels were reduced by 50 percent after taking manuka honey.

Manuka honey can be taken by the tablespoon or spread on toast and sandwiches. It also makes a delicious addition to porridge and pancakes.

Wild Cape manuka honey should not be given to infants under the age of 12 months. People who are allergic to pollen or who have a bee allergy should also not take manuka honey.

Is Wild Cape better than Comvita?

Wild Cape manuka honey is thought to be better than Comvita by some people. Both Wild Cape and Comvita are excellent brands. Because Wild Cape exclusively harvest their honey from the East Cape it could be argued that their manuka honey is purer.

Can you buy Wild Cape Manuka Honey in America?

Yes, you can buy Wild Cape Manuka Honey in America. We recommend purchasing it directly from their Amazon store.

Yes, Wild Cape Manuka Honey is raw. Every jar of Wild Cape manuka honey contains nothing but pure, raw manuka honey. It is not pasteurized and the filtration system does not remove any of the pollen.

The highest UMF rated manuka honey produced by Wild Cape is their UMF 18+ product, which is available in 250g and 500 g jars.

Wild Cape also produces a multifloral honey blend which is available in 250g and 500g jars.

Wild Cape Manuka Honey is available in sizes ranging from 250g to 1kg.

From the USA and internationally, you will get much faster shipping times buying it from their official Amazon store.